CM furnace models like the CM 300 & CM 400 continuous series, or the 1500 series batch furnaces have supported the metal injection molding industry with their high temperatures, high temperature uniformity, and their ability to safely manage hydrogen and other atmospheres. To understand the role of the CM 200 series in the MIM process, understand the following typical process flow common to many.

The feedstock is mixed from fine metal powder, typically <22 micrometers, with a proprietary binding agent. The latter can be based on water, wax or other system. Different feedstocks will have specific characteristics, i.e., viscosity, injection pressure and temperature, and debinding process. The powder loading is 55-65% by volume or 90% by weight for steels.

With the ability to debind and sinter in one step at temperatures up to 1700C, CM offers both thermal and catalytic debinding systems for all feedstocks including BASF Catamold.

Molding is done in a conventional injection molding machine. The mold is designed similar to that for plastic but with allowances made for shrinkage and the cooling requirements for a feedstock highly loaded with metal particles. Molding can be done on both vertical and horizontal machines.

The brown part is placed on a custom designed ceramic trays and processed in a high temperature furnace. Sintering is typically done in a high vacuum furnace or a continuous hydrogen furnace like our CM 400 pictured below:

Sintering temperatures can go up to 2500 degrees F. During the sintering process, the metal particles fuse together, the part shrinks 15% to 20% linearly, and density is increased to 98% or better.

For more information on the capabilities and widespread uses for our batch and production MIM furnaces into, call our sales team today at (973) 338-6500 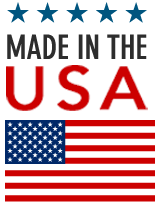 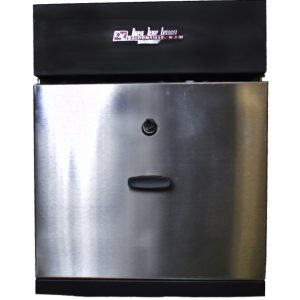 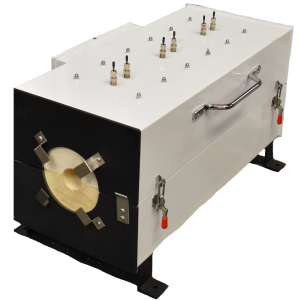